and interesting facts about hair extensions from a professional

No matter were you look from the magazines to the streets everyone is wearing hair extensions right?

Matthew Blake, a hair stylist, gives you an introduction to the wonderful life of the hair extensions (also can be known as weaves).

There are many different methods that this is achieved from getting them sewn into your hair (long term) to clip in pieces (short term) that come in every single colour under the sun!

So are you thinking about getting them put into your hair? Make sure to see my truth and fiction on hair extensions which I will answer honestly with the knowledge & experience I have.

True or False
Can it increase chances of hair loss? 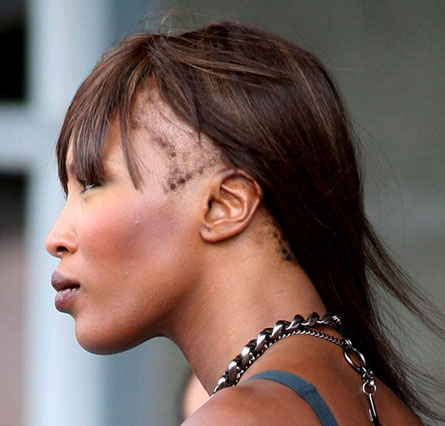 It’s true and false as it’s not the hair extensions itself that causes this problem it’s the method that has been carried out by the stylist. Suffering from hair loss can usually be found when a client has the sew in method done and done regularly as the hair is in a lot of tension for a long amount of time. However, it is slightly getting less heard of as there has been a lot of talk about this happening so people are more aware of it. If you have fine or damaged hair I don’t recommend getting them sewn in try other methods such as glued as these last 2-4 weeks depending on how you take care of them.

True or false
Can anyone have them?

100% true! No matter if you have thick or thin, short or long hair anyone can have them and can be done for many reasons as they come in all lengths ranging from 8 inch to 28 inches (but can be longer in some occasions, so if you want your hair longer or thicker you are catered for).

How long do they last?

There is no time limit as many things can effect how long they last for example how you look after them when using heated styling equipment and also hair products, but here is a list of the “guided” times they last. Sewn in – 2-3 months, Glued – 2-4 weeks, pre bonded – 4-6 months, clip ins – usually a night as these can be taken out and put in as you wish.

The hair everyone should be looking out for in 2011 is Nicki Minaj’s new bob style! This is a usual style that you might have already seen out and about but Nicki has put a new touch to it, which has shaken the industry up on how you’re meant to wear it! You may not be brave enough to be as bright in colour (or work wont allow it booo!), but don’t pretend you can make it bold yourself in your own way. The effect can be more subtle if it’s with deep colours such as dark brunette shades, or a slice or two of a contrasting colour such as blonde. This will make you able to add your own personal touch!  This style works great for square and  heart shape faced women out there as this will balance out your face. The hairstyle also to makes you appear more rounded at your jaw line so it’s a plus for both face shapes!

If you’re not 100% sure what your face shape is and which styles will suit it best, then ask your stylist as they will give you all the information you need to keep you looking as fabulous all year round.

After all the leather, fur, minimalism and Mad Men dreariness of winter, people have forgotten about the shades of summer sunshine. So what designer makes a signature 180degree turn from the neutrals of his Fall lineup? Marc Jacobs of course, he never does it in a subtle and gradual manner.  This time it was an eruption of colour whose ash cloud will remain for the months ahead. 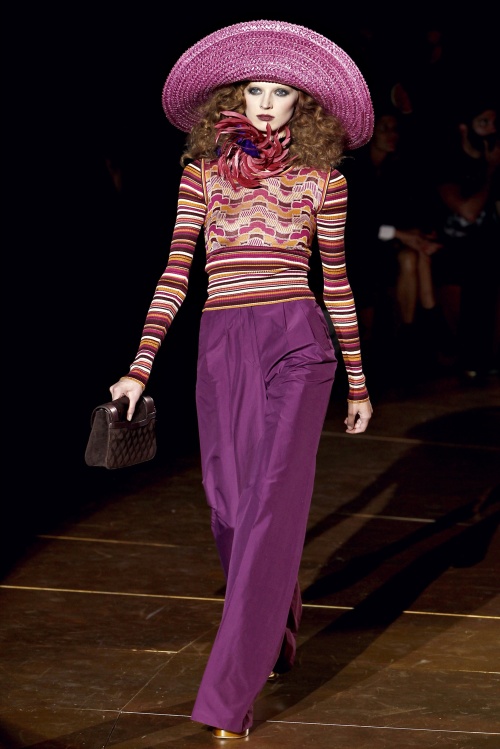 Paint almost dripped off the round défilé in the famous New York Lexington Armory last September, where models emerged in synchrony from different sides of the colossal polished gold cylinder installed in the middle of the exclusive venue. This season the models escape from the fifties and find refuge in the enlightened seventies. All while brandishing lace, flowers and glitter in the faces of the front row composed of Alexa Chung, Grace Coddington, Oliver Zahm, Diane von Furstenberg and many more.

Most designers are afraid of too much colour, and this collection proves that Marc Jacobs is not a coward. Coral, ochre, prune, coral pink, mustard, electric violet, bodeaux, gold, mauve and sand are all shades which assault the archetypal chicness of monochrome collections. 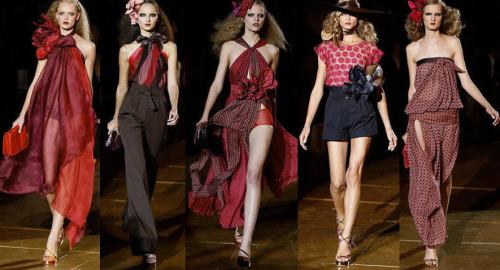 The seventies also came back in slim jacquard sweaters or in shorts and vests. Marc Jacobs brewed a potion of playful sensuality. The designer opened with newcomer Louisa Bianchin in an electric orange coat, with a camouflaged obi-like belt and subtle Eastern kimono sleeves. The consistent micro-design prints recall memories of couch tapestries in posh American apartments forty years ago.

Silk, strapless jumpsuits, gold lamé hot pants and soft peasant blouses fused with long skirts and thick leather belts made it seem like the models just came from the beach in St Tropez where they were soaking the sun with Bianca Jagger and Jerry Hall. The overall silk chic of flowing silhouettes hosted halter dresses with asymmetrical necklines, cocktail dresses with full skirts, and flared weaves to fuel the illusion of volume and lightness. Apart from silk, satin backed up the fabric feel, as well as leather, chiffon, linen, taffeta, net and lace.

But despite the disco craze of the collection, Marc Jacobs was in full control of the numerous strings of inspiration that filled his runway. “I was at Naomi Campbell’s birthday party in Cannes this summer, and we stayed dancing till 5 in the morning! All the girls were wearing long dresses, but by the end of the night they were hot, they had flowers in their hair, and they hitched their dresses up to the waist”. He does not explain his latest design outburst through deep contemplation of artistic research, but rather one very self-indulgent night in the summer of 2010. “The girls there were really chic, decadent, glamorous, but still so sophisticated, so beautiful. And I love to see women like that.”

Well, House of Maffia loves Marc Jacobs, and can’t wait for the summer, when we can be colour divas! 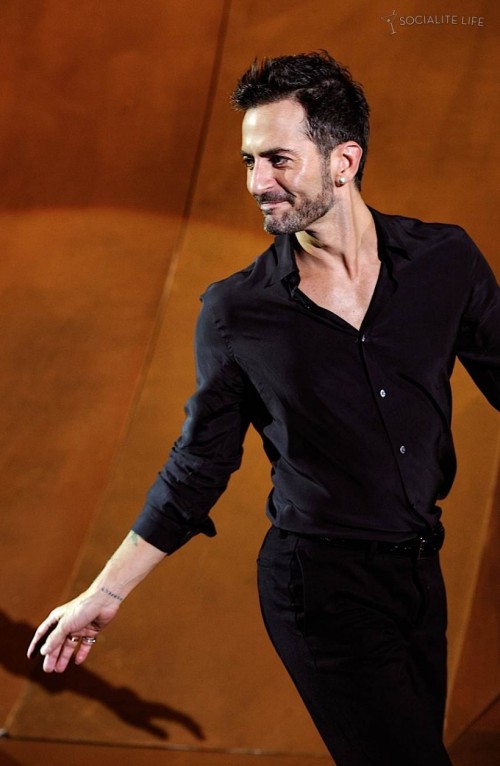